I have been using Facebook for years to keep in touch with folks and I use Twitter more for my political rants and connections with like-minded folk who I rarely know in person. Those platforms are easy, but Twitter is in active destruction mode. The “Switching Costs” are super expensive even when you really want to leave. So many of my friends lament not having LiveJournal anymore. I know I miss it. It was great to process my thoughts and connect with a small subset of my friends and sometimes even my family.

I received an invite from a good friend I haven’t seen in person in almost 20 years to a server and I told him “I haven’t made the switch yet, but will next week (or sooner) when I have time to dedicate to the move.” I had heard it was “complicated” to get set up. Um, not really, I did it that same night. You can find me @blmurch@mastodon.online

The first thing I noticed is that the server I joined was filled with handles of people I hadn’t seen online in years. Organizations I respected had accounts there and I just sighed with contentment. I keep on saying this, but “it feels like I have come home”. Ever since I left LiveJournal in the mid 00’s I feel like I have been wandering around online looking for a nice place to truly connect with people. I am active on FB and my Twitter account is over 14 years old! But they were missing the intimacy of LiveJournal.

I was able to reconnect with several folks who weren’t on FB and the BirdSite and who I haven’t talked with in years. It was wonderful. I already have followed 50 people who I know IRL and added them to my “Friends” list so I can follow their updates without the firehose of the “federated” and “local” feeds. I strongly suggest using “slow mode” in the preferences.  I subscribed to several hashtags, #introduction being the best one as I get to see people introducing themselves from all over. It’s fascinating reading what people decide to share about themselves and what that reveals because it’s never the whole picture, just what we want people to know about.

Joining up is really not that complicated once you grok it. Think of the whole thing like a village and each server is a separate house with occupants inside. You can always move houses, but mostly you go and chat with folks. Pick a server, make sure you agree with and abide by the rules that govern the server. Each server is maintained by volunteers. If you can, it’s good to pay what you can for data, hosting, and their time. There’s also a good way to have your identity linked with your website without hosting your own instance. I have yet to actually implement it, but I do plan on getting that done after figuring out how to get WordPress and the folder “.well-known” to play nice with each other. There’s also a way to integrate WordPress posts into Mastodon, but I haven’t read through the documentation yet. On my list of many things to do.

There is no algorithm, so you follow different things to connect with people. Using #hastags of your interests in your posts is very important as people will search those hashtags. When you “like” something you’re giving a “high five”, nothing more. It doesn’t show up in anyone else’s feed. If you really want to share someone’s post then you can “boost” it and it will be shared amongst people who follow you and people who are on the same server as you. There is no “quote toots” which cuts down on the rage and the “dunking”.

It’s a completely different attitude. I love it. I am not a product, I’m in a respectful community and it’s such a different vibe. I don’t know who I will get to know, but I’m looking forward to finding out.

PS – I would advise against using the official apps. I really like MetaText on my iPhone. Anna wrote a great review write-up on her blog. 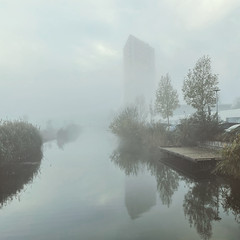 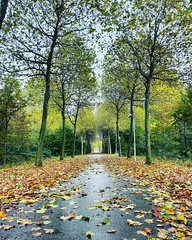